Steve Springer focuses his practice on defending companies and individuals in civil litigation in state and federal courts in Texas. Having tried over two-hundred cases to verdict, he has extensive trial experience in a broad range of tort cases encompassing transportation, first-party bad faith and extra-contractual insurance code violations, DTPA, premises liability, professional malpractice, broker E & O and commercial litigation. During his career, he has tried at least one case to verdict in 27 separate Texas counties.

Steve currently maintains Advocate status in the American Board of Trial Advocates where has served as a director in the Dallas Chapter since 2007 and as the 2013 Dallas Chapter President. He has served as a National Board Representative for the Dallas Chapter since January of 2009. He has written and spoken frequently on subjects including cross examining medical experts, defending closed head injuries, cross-examination neuropsychologists and evaluating medical records for claims representatives and attorneys, defending first-party breach of contract, bad faith and extra-contractual cases.

American Board of Trial Advocates 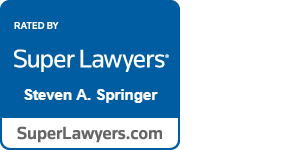